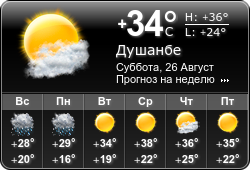 The National round of competition “Science- the light of Education” in the nomination “Invention and Innovation” was held at the Regional Training Center  on Weapons of Mass Destruction, Nonproliferation and Export Control for the Countries of Central Asia, the Caucasus and Afghanistan on November 17-19, 2021, aimed at implementing the decree of the President of the Republic of Tajikistan on state program for 2020-2040 "Twenty years of study and development of natural, exact and mathematical sciences in the field of science and education". At the competition had been demonstrated various devices, equipment, machinery and technologies, new varieties of agricultural crops, trees, shrubs and medicines were presented.

The winners of the regional and urban rounds took part in the competition and demonstrated their inventions. The opening of the competition was attended by the Deputy Prime Minister of the Republic of Tajikistan Matlubakhon Sattoriyon, the President of the National Academy of Sciences of Tajikistan, аcademician Farhod Rahimi and other high-ranking guests. Schoolchildren, students of primary, secondary and higher vocational education, researchers, postgraduates and doctoral students, teachers, engineers, and designers took part in various nominations.

At the competition, the Chemical, Biological, Nuclear and Radiation Safety and Security Agency (CBRN SSA) staff presented their invention - "Waste and industrial water technology treatment from uranium", demonstrating to  the audience the advantages of the invented technology.